When the market blew up during the great financial crisis of 2007 to 2009, the bank and brokerage stocks were in part ostensibly the reason for the collapse, as they had aided and abetted the mortgage crisis. Two major brokerage firms went out of business, and Merrill Lynch was bought […]

When the market blew up during the great financial crisis of 2007 to 2009, the bank and brokerage stocks were in part ostensibly the reason for the collapse, as they had aided and abetted the mortgage crisis. Two major brokerage firms went out of business, and Merrill Lynch was bought at the last moment by Bank of America before it plunged into the abyss of bankruptcy.

Fortunately, lessons were learned then, and the major banks are in much better shape these days. While net interest income has dropped with rates at historically low levels, and loan growth will slow with the economy still operating at a reduced level, the future is still bright for the top players in the sector. Many are trading at record low levels to their S&P 500 counterparts.

A new research report from Jefferies bank analyst Ken Usdin and his team makes the case that healing for the top financials could start in earnest in 2021, and by 2022, the sector could be in very solid shape. The report noted this:

Banks have struggled for appreciation given low rates, credit concerns, shrinking loans, and election uncertainty. Factors that could flip positive incl. passage of more stimulus, EPS upside from reserve release, and a restart of buybacks. Return on average tangible common shareholders’ equity will improve out to 2020 on lower provisions, but stay below pre-pandemic levels. P/Es’ on 2022 normalized are attractive at

Though the Jefferies analysts have seven top picks, here we stay with the large-cap companies as they may offer investors a more conservative way to play an out-of-favor sector. While all three are rated Buy and outstanding ideas for growth investors, it is important to remember that no single analyst report should be used as a sole basis for any buying or selling decision.

This leading money center giant has been trading at some of the lowest levels since 2016. Citigroup Inc. (NYSE: C) has approximately 200 million customer accounts and does business in more than 160 countries and jurisdictions. It provides consumers, corporations, governments and institutions with a broad range of financial products and services, including consumer banking and credit, corporate and investment banking, securities brokerage, transaction services and wealth management.

Trading at a still very cheap 7.7 times estimated 2020 earnings, Citigroup stock looks very reasonable in what remains a volatile market and in a sector that has lagged dramatically.

The Federal Reserve Board recently announced an enforcement action against Citigroup that requires it to correct several longstanding deficiencies. The bank has been slapped with a $400 million penalty by the Office of the Comptroller of the Currency for longstanding deficiencies in its risk management and internal controls processes. Both the OCC and the Federal Reserve have accused the bank of failing to implement effective risk and internal controls measures that complement its size, complexity and risk profile.

While this action may seem harsh, for interested investors who have been waiting for the judgment and penalties, it should take some weight off the stock as it does not seem overly punitive to the bank and the decision is finally in.

Investors receive a 4.54% dividend. Jefferies raised its price target to $56 from $52, but that is still lower than the Wall Street consensus target of $65.36. Citigroup stock closed Friday’s trading at $44.93.

This is another top bank that makes good sense for investors for the rest of 2020. KeyCorp (NYSE: KEY) operates as the bank holding company for KeyBank National Association, which provides deposit, lending, cash management and investment services to individuals, small and medium-sized businesses.

The company also provides a broad range of sophisticated corporate and investment banking products, such as merger and acquisition advice, public and private debt and equity, syndications and derivatives to middle market companies in selected industries throughout the United States under the KeyBanc Capital Markets banner.

Investors receive a 5.64% dividend, which the bank already has said will remain intact. The $13 Jefferies target price was raised to $15, while the consensus target is $13.83. KeyCorp stock closed at $13.12 on Friday.

Many investors are familiar with this larger regional banking play. Regions Financial Corp. (NYSE: RF) is one of the nation’s largest full-service providers of consumer and commercial banking, wealth management, mortgage and insurance products and services. It serves customers across the South, Midwest and Texas, and through its subsidiary, Regions Bank, operates approximately 1,500 banking offices and 1,900 ATMs.

The company’s lending portfolio focuses primarily on residential mortgages, home equity, commercial mortgage and commercial and industrial loans. These short-term loans may have an interest rate based on the LIBOR rate or prime rate and are secured by collateral owned by the business requesting the loan.

ALSO READ: Why BofA Securities Income and Growth Portfolio Stocks May Be the Best 2021 Picks

This seemingly off-the-radar company makes great sense for investors looking for a solid regional winner. Truist Financial Corp. (NYSE: TFC) is a bank holding company, incorporated in North Carolina and headquartered in Charlotte. The company was formerly known as BB&T, but it changed its name in December 2019 upon the acquisition of SunTrust Banks.

The complete transition to the Truist brand is expected to take about two years. Until then, customers of both BB&T and SunTrust will be served through their respective bank branches using the same apps, websites and services as before the merger closed. As part of the regulatory approval process, the new company will sell off 30 SunTrust branches in North Carolina, Virginia and Georgia to First Horizon Bank and divest $2.4 billion in deposits to “mitigate the competitive effects of the merger,” according to the Federal Reserve.

Truist’s footprint is located in one of the strongest and fastest-growing regions of the United States, and the analysts expect the company to maintain a competitive advantage over many of its competitors headquartered outside its footprint due to its being physically located in the southeast part of the country.

Investors receive a 4.17% dividend. Jefferies raised the price target to $48 from $41. The posted consensus target is $44.73, and Truist Financial stock closed most recently at $43.32.

The analysts only have one major money center bank to go along with three targeted regional plays, all of which are in high growth areas of the United States. Note that this remains a contrarian play and interest in the sector may take time. In addition, with third-quarter earnings reports for banks starting soon, things could get volatile. 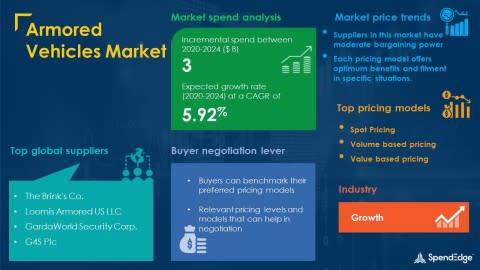