© Ruchira Kondepudi Plans and Promises: The making of China’s 14th Five-Year Plan In 2020, China predicts economic growth to fall below zero in the middle of the pandemic and the financial crisis. The uncertainty brought about by the pandemic was so profound that the Chinese government did not set […]

In 2020, China predicts economic growth to fall below zero in the middle of the pandemic and the financial crisis. The uncertainty brought about by the pandemic was so profound that the Chinese government did not set a growth target for 2020. However, the Chinese budget projections discreetly aim at a nominal growth of 5.4 percent in 2020.

The supply side of the economy had a head start, but consumption is yet to catch up. Amidst all the chaos, it is unsure whether the uneven growth is simply the ephemera of the COVID-19 economy or whether it points to a more fundamental problem the Chinese State needs to be serious about, especially when it sets off to release the draft of the 14th Five-Year Plan, a growth manifesto of the communist party.

All eyes will be on China’s GDP goal for the next five years, as Chinese leaders finalise the draft plan. The full blueprint will not be released until next spring. However, a communiqué to be released by the end of October may offer a few early glimpses of its contents. So far, Xi Jinping’s political tours, epidemics, meetings over deepening reforms have given enough hints as to what the Chinese would like to focus on more. The new plan looks set to pick up where the previous one left off.

For the communist party, the golden convergence point is the ‘centenary goal’. The Two Centenaries (两个一百年 Liang ge yi bai nian) — espoused in 2012, at the 18th National Congress of the Communist Party of China, set out two targets for China. One of the growth targets was to achieve ‘moderately prosperous society’ (小康社会Xiaokang Shehui) by 2021, the 100th anniversary of the party’s founding.

By the communist party’s standards, China, by the end of 2020, will be a ‘moderately prosperous society’, and General Secretary Xi has been on a lookout for a connect already. Keeping people at the centre, for all the apparent reasons of pandemic and stoke emotions, the next Chinese dream in-line is to set off for a ‘New Journey of a Modernized Country’ (会议主题点到 “现代化国家新征程” Huiyi zhuti dian dao “xiandaihua guojia xin zhengcheng”).

In his recent visit to the Ningxia Hui Autonomous Region (NHAR), in June, and Shaanxi Province, in April, Xi was heard talking about poverty alleviation and growth, but surprisingly not all corners of this country can be seen feeling ‘moderately prosperous,’ as in the inland growth fails to pick up again.

There has been a wide-ranging debate around whether the party has been using the right methods to bring prosperity to backward provinces and society sections. Paradoxically, in China, one-third of the country’s wealth is owned by the top 1 percent of households.

The five-year plan, set to roll out, is the 14th since the communist party took charge of China. Running from 2021 to 2025, it will feature economic growth targets and objectives such as deepening reforms and innovation-speared development. The Central Committee of the CPC already held a meeting on September 28 to study and formulate the 14th FYP.

As everyone expects, the five-year plan will be more about people, prosperity, and party. The five-year plan is no longer just economic in focus. The ordinary Chinese look at these plans with much attention and from a broader perspective. The State planners are increasingly under pressure to lay out these long-term priorities covering social programmes such as health insurance, environmental protection, and spatial growth across China.

The three burdens (commonly referred to as the three big mountains 三座大山 San zuo dashan) an ordinary Chinese carry are housing, education, and medical treatment. With the rapid urbanisation, the cost of living has multiplied in Chinese cities. The increase in housing prices and the shortage of educational and medical resources have made many people afraid to spend too much. Moreover, numeric investments and stock listings do not entice ordinary Chinese looking for enterprises that drive employment and promote the local economy.

There have been arguments around a narrow definition of innovation and new energy. The government has been putting in a lot of fortune to train high-grade professionals and grant a lot of subsidies to only a few, and most of the Chinese are wary of how significant those are vis-à-vis promoting social progress.

Besides, China has to seriously think about how it can eliminate the geriatric structural and administrative process. Ordinary people hold the key to China’s dreams and not the démodé (unfashionable) slogans and practices.

Xi has been content about his continued assault on the inefficiency and corruption that threaten the Chinese Communist Party’s legitimacy. However, efficient and dynamic plans also need in-house inefficiencies to be corrected in no time. To neutralise the adverse effects of growth, the goals need to be basic and not another ‘superlative’.

Amid these challenges, China’s five-year plans do not require absolute obedience, as they once did — but, they still cast a long shadow. 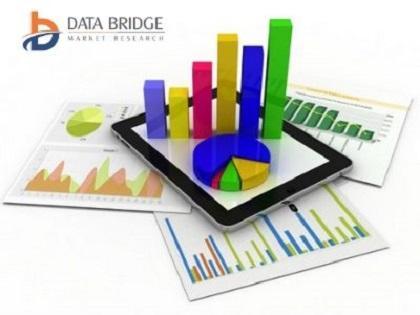