Global stocks mostly rose Friday amid increased hopes for a US stimulus package following the latest statements from President Donald Trump and rising confidence about coronavirus therapeutics. Major US indices finished higher for a third straight session, with the tech-rich Nasdaq jumping 1.4 percent as the White House again shifted […]

Major US indices finished higher for a third straight session, with the tech-rich Nasdaq jumping 1.4 percent as the White House again shifted its stance on the talks.

After markets tanked on Tuesday following President Donald Trump’s abrupt move to end stimulus talks, investors have cheered his about face in subsequent days that’s seen him calling for a deal.

The White House on Friday beefed up its offer, proposing a $1.8 trillion package as Trump himself said on a radio show that he favored an even larger package.

But Senate Majority Leader Mitch McConnell said there was not enough time to complete the talks before the election.

Still, analysts said the gains reflected confidence there would be a package soon.

That news follows announcements by Regeneron Pharmaceuticals and Eli Lilly earlier in the week on Covid-19 therapies that have boosted confidence in effectiveness of the treatments for the virus.

The market is “being stimulated more this week by the realization that there just might be a widespread, effective COVID treatment regimen that gets approved soon,” said Briefing.com analyst Patrick J. O’Hare.

Analysts have also cited increased expectations that the US presidential election won’t be contested, given challenger Joe Biden’s widening lead over Trump in the polls. A drawn-out and litigious fight over the outcome has been a drag on sentiment in recent weeks.

While US stimulus and the election are major drivers of markets, a surge in new virus infections in Europe is causing angst, with several countries reimposing fresh containment measures and considering localized lockdowns.

Spain’s government declared a state of emergency and new partial lockdown for virus-hit Madrid, while in France, another four cities were placed on maximum coronavirus alert on Thursday, meaning they will have to shut bars and limit public gatherings.

Britain’s economy expanded a weaker-than-expected 2.1 percent in August and remained far down from pre-pandemic levels, official data showed Friday, with the government expanding help for workers whose businesses are forced to close.

Despite a fourth consecutive monthly increase, gross domestic product was 9.2 percent below February’s level, the Office for National Statistics said in a statement.

Donald Trump said talks on a new stimulus package were ‘starting to work out’, days after calling them off Photo: AFP / NICHOLAS KAMM

Sat Oct 10 , 2020
ASSOCIATED PRESS Today, the Nobel Committee bestowed this year’s Nobel Peace Prize on the World Food Programme, citing its herculean efforts to combat hunger, especially in war-torn areas. In doing so, the Committee stated that it “wishes to turn the eyes of the world towards the millions of people who […] 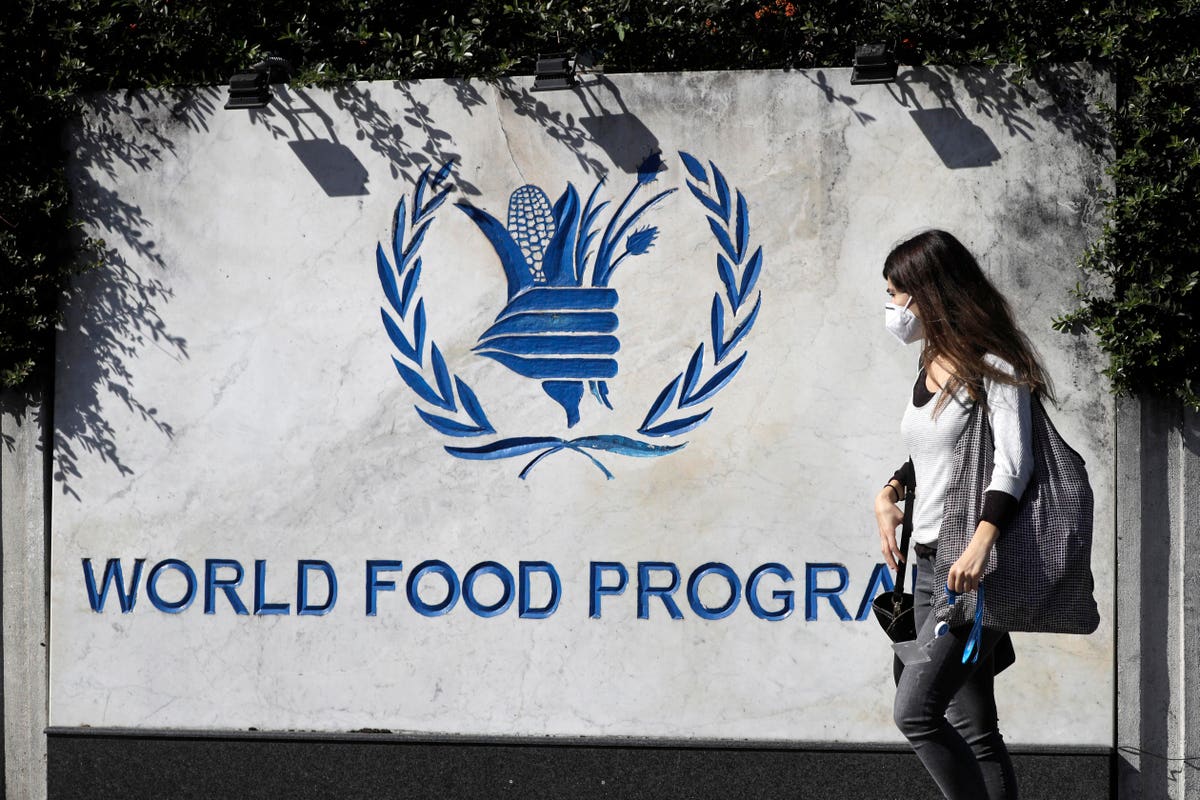