(Bloomberg) — As Justin Trudeau prepares to reveal his new policy agenda, credit rating companies and investors including BlackRock Inc. are looking for his plan for pulling Canada out of a record borrowing binge. Load Error Pressure is growing on the prime minister and new Finance Minister Chrystia Freeland to […]

(Bloomberg) — As Justin Trudeau prepares to reveal his new policy agenda, credit rating companies and investors including BlackRock Inc. are looking for his plan for pulling Canada out of a record borrowing binge.

Pressure is growing on the prime minister and new Finance Minister Chrystia Freeland to explain how they will shrink deficits in the years ahead. The government opens a new session of parliament Wednesday with a key speech outlining its main priorities.

The bond market, to be clear, doesn’t share these concerns — at least, not yet. Canada’s borrowing costs remain historically low, with 10-year benchmark debt yielding 0.56%, below U.S. Treasuries. Rates are being held down by massive purchases by the Bank of Canada, which has tripled its holdings of federal government debt since late March.

Still, credit downgrades would hurt Trudeau’s argument that the debt surge doesn’t undermine the nation’s fiscal credibility and could translate into higher interest costs in years to come. The government projects a budget deficit of 16% of gross domestic product this year, the widest since World War II.


“We will be looking for some kind of road map,” said William Foster, senior credit officer at Moody’s. A “sustained deterioration in fiscal policy discipline” is one of the major risks to the rating, DBRS analysts said in a report this week.

In the short run, the Bank of Canada’s large-scale debt purchases are smoothing the way for borrowing. By the end of 2021, the central bank will control 56% of Canada’s government bond market, from 29% today, according to estimates from Ian Pollick, head of fixed income, currency and commodity research at Canadian Imperial Bank of Commerce.

Even with the central bank’s intervention, the additional yield investors require to buy long-term debt instead of short-term bills remains near the levels reached in late March, when the pandemic was disrupting financial markets.


On the fiscal front, the primary concern isn’t Ottawa’s balance sheet. The federal government projects debt will rise to 49.1% of GDP this year, up from 31.1%. But there’s greater strain in some provinces.

Canada’s general government debt ratio, which includes borrowing by provincial and local issuers, is set to reach almost 103% of GDP this fiscal year, according to Moody’s estimates.

“An interesting dynamic that is unique to the other AAA economies, 12 in total, is that the sub-national debt component is the largest in Canada,” said Foster.

Oil-rich Alberta says its deficit will rise to $18.5 billion this year, about three times what it estimated in February, because energy revenues have collapsed. Ontario plans to borrow about $40 billion to pay for the cost of fighting the pandemic and make up for falling tax revenue. The province is already the world’s largest sub-national sovereign borrower, according to Moody’s.

“Before the pandemic we found that while the federal finances were sustainable over a 75-year period, the provinces in aggregate were not in a sustainable position,” Yves Giroux, Canada’s parliamentary budget officer, said in a phone interview. “It is likely that the situation has only worsened since then.”

The federal government doesn’t explicitly guarantee provincial debt, and the provinces retain autonomy to tax, spend and borrow. But there is a history of federal financial support for the provinces. That relationship has been solidified in the pandemic as Trudeau’s government has offered billions to help provinces with health care, child care and other costs.

As a result, “provincial bonds continue to be viewed globally as liquid risk-free assets with a spread,” said Ryan Goulding, a fixed-income manager at Leith Wheeler Investment Counsel Ltd in Vancouver.

The risk spread, or the extra yield investors demand to buy provincial debt over federal securities, is at 72 basis points, according to Bloomberg Barclays Indexes. That’s near the average spread of the past 10 years.

Despite contained borrowing costs, investors are looking at the medium term, when the central bank support isn’t in place any longer, so credit ratings remain an important factor, said Gargi Chaudhuri, a senior macro strategist at BlackRock.

“There are more and more questions about the ratings guidance,” said Chaudhuri, who is also BlackRock’s head of Canadian fixed income. The extraordinary efforts the government has taken to deal with the pandemic has impacted its “fiscal feasibility,” she said.

For more articles like this, please visit us at bloomberg.com

Thu Sep 24 , 2020
Jio is reportedly gearing up to sell 150–200 million $54 smartphones in India. It  hopes to entice upgrades from customers on 2G devices, which will expand the target audience for Jio’s push into digital services. Insider Intelligence publishes hundreds of insights, charts, and forecasts on the Connectivity & Tech industry […] 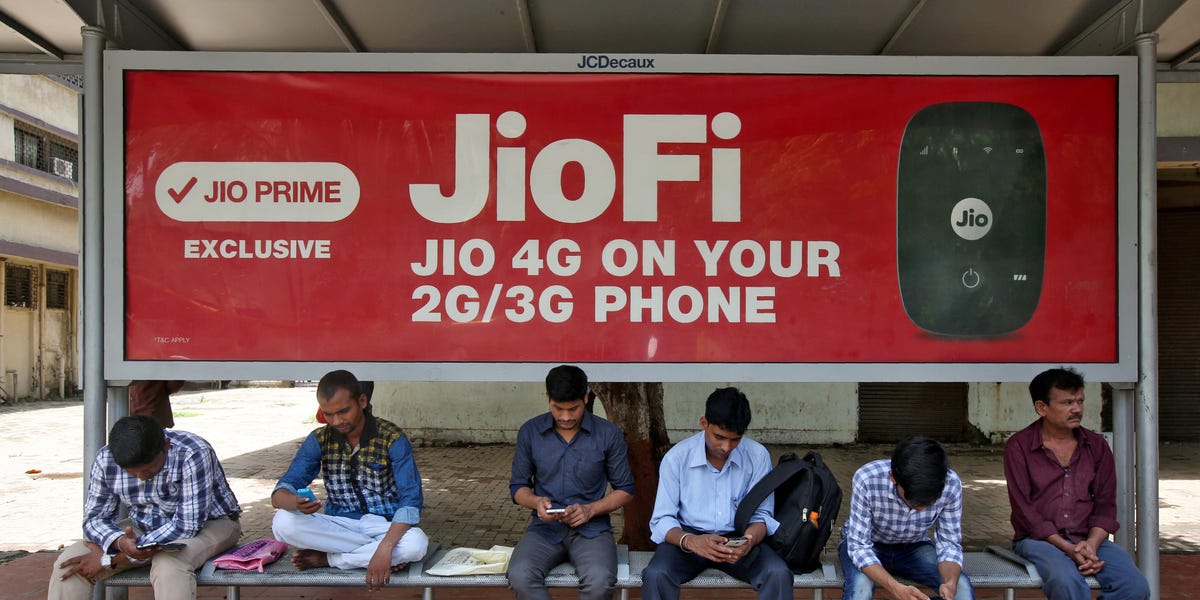