Senate Majority Leader Mitch McConnell said Senate Republicans would vote on “targeted relief” with a focus on small-business aid later this month. “Our first order of business will be voting again on targeted relief for American workers, including new funding for the PPP,” McConnell said in a statement. The statement […]

Senate Majority Leader Mitch McConnell announced on Tuesday the Senate would vote on a “targeted relief” plan for people with an emphasis on small-business aid shortly after they reconvene later this month. But that may put Senate Republicans on a collision course with President Donald Trump, who stepped up his calls for a large stimulus package ahead of the election.

“When the full Senate returns on October 19th, our first order of business will be voting again on targeted relief for American workers, including new funding for the PPP,” McConnell said in a statement, referring to the Paycheck Protection Program to aid small businesses.

He added: “Unless Democrats block this aid for workers, we will have time to pass it before we proceed as planned to the pending Supreme Court nomination as soon as it is reported by the Judiciary Committee.”

The statement contained few specifics on the contents of another aid package. At a campaign event in Kentucky, McConnell said it would include measures such as an extension of federal unemployment benefits and PPP, as well as additional funds for schools and hospitals.

Trump tweeted again in favor of a broad relief spending plan on Tuesday.

“STIMULUS! Go big or go home!!!” the president wrote on Twitter. The White House did not immediately respond to a request for comment.

The president has been increasing his calls for a large coronavirus relief plan in recent days, a striking change of course after abruptly ending stimulus negotiations last week. Some Senate Republicans, however, are reluctant to support more relief spending that grows the national debt. It may set the stage for a clash between Trump and Republican lawmakers.

The president suggested on Friday he could support a plan bigger than the $2.2 trillion amount that Democrats have sought. Later that day, the White House increased its stimulus offer to $1.8 trillion, its biggest yet.

But it received significant backlash from both parties over the weekend. The White House on Sunday then urged Congress to pass legislation to reroute about $130 billion in unused relief funds as negotiations with Democrats continued, though the parties appear deadlocked.

Trump pressed Senate Republicans on Monday to quickly confirm his Supreme Court nominee, Judge Amy Coney Barrett, so they could approve a spending package. They remain far from that move.

Democrats are unlikely to support a slimmed-down package, as they have long insisted on a large spending plan to address the pandemic. They blocked a $650 billion stimulus plan that Republicans unveiled in September, criticizing it as inadequate. It didn’t include aid to states or direct payments, two key Democratic priorities.

House Speaker Nancy Pelosi tore into the administration’s $1.8 trillion proposal again on Tuesday, saying it included many “deficiencies” and listed eight of them. Democrats said the plan fell short on aid to cash-strapped state and local governments, virus testing, and tax credits for low-income people, among other measures.

Wed Oct 14 , 2020
Cuomo’s team has denied that the New York governor has any interest The 2020 Presidential election may still be a few weeks away, but a new report reveals that if he wins, Joe Biden is considering tapping Andrew Cuomo as the next Attorney General. Democratic presidential nominee Joe Biden (center), […] 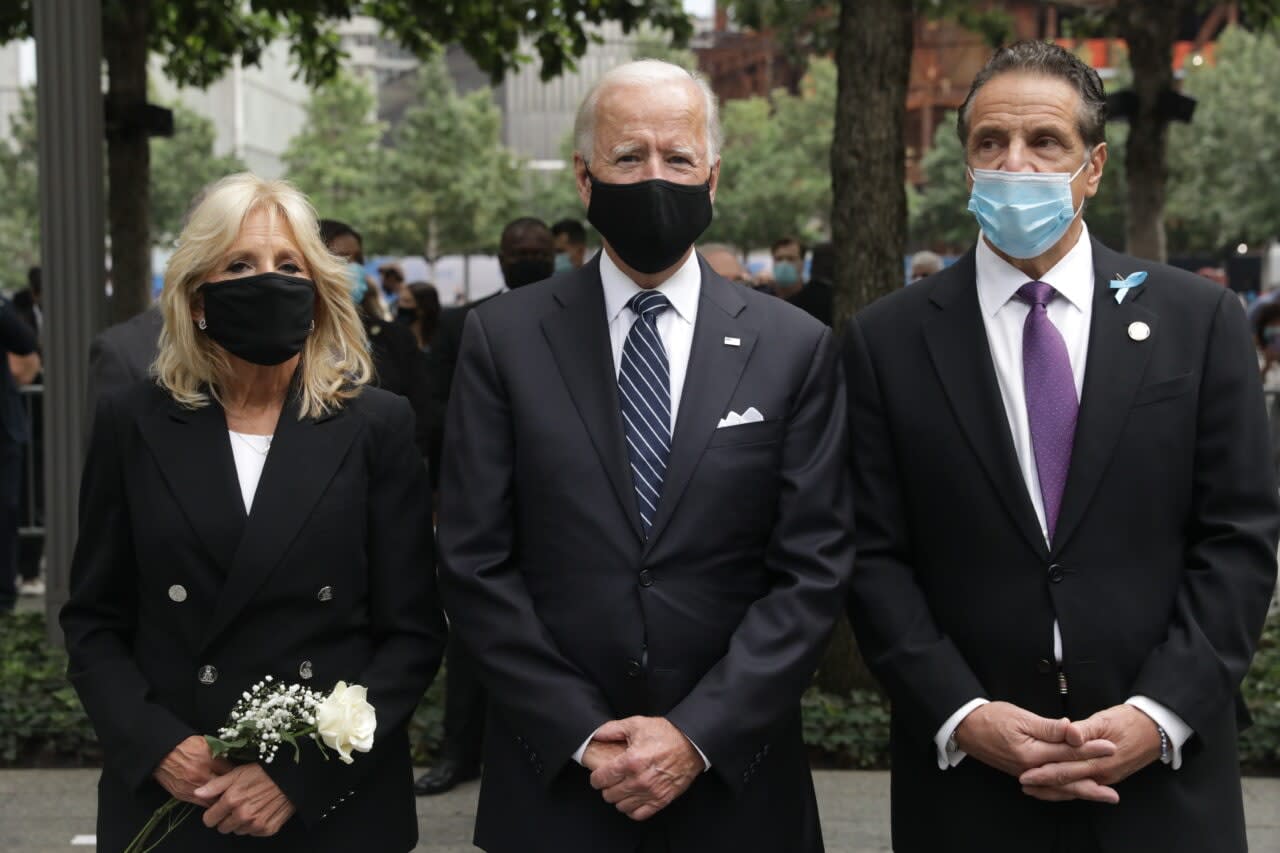