South Carolina’s Senate race is expensive. Jaime Harrison is challenging incumbent Lindsey Graham, and the democratic nominee raised over $57 million in the last quarter. That is the largest-ever total raised during a single three-month period for a Senate candidate, AP reports. The sum beats Beto O’Rourke’s $37 million final […]

That is the largest-ever total raised during a single three-month period for a Senate candidate, AP reports. The sum beats Beto O’Rourke’s $37 million final quarter fundraising efforts by a landslide.

Harrison’s campaign fundraising total is a whopping $86 million. He is seeking to unseat Graham, who has been a senator since 2002 (prior to his run, Republican Senator Strom Thurmond retired after spending nearly 50 years in office). Graham won re-election campaigns in 2008 and 2014.

Graham seems to be taking Harrison’s fundraising win seriously. On Sunday, the Senator went on the offense on Fox News’ “Sunday Morning Futures.”

“We must win this election…The parade of horribles that will come if we lose the House, the Senate, and the White House is unbelievable,” Graham said.

The news comes after the second debate, held Friday, changed formats. Graham refused to be tested for COVID-19, claiming that an earlier test was sufficient. However, Harrison believes that Graham’s attendance at an Oct. 1 event that infected many Republicans was cause for concern. After Graham’s refusal, both participated in televised interviews with forum moderators and panelists asking questions, CNN reports.

If Harrison wins, he and Senator Tim Scott would represent South Carolina, marking the first state to ever have two black senators at once.

Report: Why Estimates of the Freelance Economy Disagree

Mon Oct 12 , 2020
Adam Ozimek, chief economist at Upwork Estimates of the size of the freelance economy come to significantly different conclusions, ranging from some estimating one in ten workers participate to one in three. Using both Bureau of Labor Statistics (BLS) and Freelancing in America (FIA) data, we show that one major […] 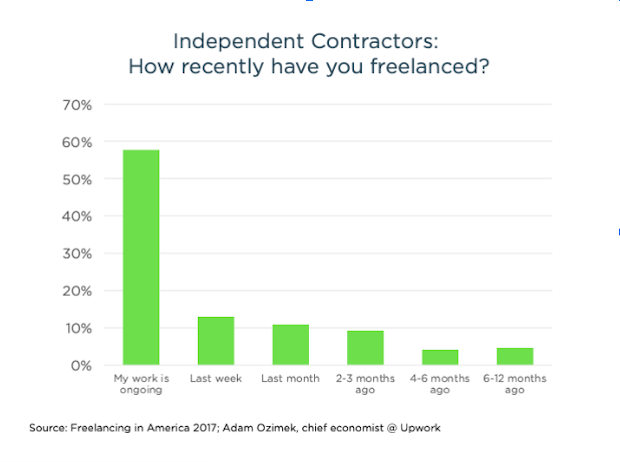