A curious thing happened in the middle of the coronavirus crisis: America’s biggest bank posted a higher profit than it did a year ago, before the pandemic ravaged the economy. Taken together, the two banks’ third-quarter results show that businesses and consumers held up surprisingly well in the months since […]

A curious thing happened in the middle of the coronavirus crisis: America’s biggest bank posted a higher profit than it did a year ago, before the pandemic ravaged the economy.

Taken together, the two banks’ third-quarter results show that businesses and consumers held up surprisingly well in the months since the pandemic plunged the U.S. into recession. But the leaders of both banks warned that the economy isn’t out of the woods.

The results were boosted because the banks didn’t have to put aside as much money to cover future loan losses. But executives said they haven’t yet changed their views that significant losses are looming in the future. They continue to hold large reserves for potential losses and predicted that next year unemployment would remain high and more customers could start defaulting on their loans.

JPMorgan Chief Executive James Dimon warned that without more public assistance for the economy, it could grow worse.

“A good, well-designed stimulus package will simply increase the chance we get better outcomes, but there is so much uncertainty we’re not saying that that’s definitive,” Mr. Dimon said on a call with reporters.

JPMorgan has nearly $34 billion set aside for potential losses. If the economy recovers apace, that might be $10 billion more than it needs, Mr. Dimon said. In a double-dip recession, he said, the bank could need another $20 billion in reserves.

The coronavirus recession has unfurled like no other. A massive expansion of unemployment benefits, stimulus checks and other government measures passed early in the pandemic have buoyed U.S. consumers and businesses so far, keeping the economy afloat. But those measures are running out, and lawmakers remain at an impasse on a second round of stimulus.

JPMorgan and Citigroup are the first big U.S. banks to report third-quarter results. Their connections to American consumers and companies around the world typically make them a bellwether for the larger economy. Their reflection, though, can be skewed: They and other large banks tend to serve relatively affluent Americans, and this quarter’s strength is partly a reflection of accounting rules that forced them to estimate more pain in prior quarters.

For bank analysts and investors, the results offered hope that concerns of widespread loan defaults that have sent bank stocks plunging this year might be overdone.

“There had been differences of opinion on the timing of when all this would fall apart,” said Kush Goel, an analyst at investor Neuberger Berman. “Now, everyone seems to think we can get through this, especially if there is more stimulus.”

The coronavirus economy has been hard to parse. Many people with secure jobs, stuck at home and with fewer places to spend money, have fared well. But millions of Americans are out of work or even going hungry. Companies including

have announced a glut of layoffs in recent days. More shutdowns, and a potential second wave of coronavirus infections, could also harm the economy.

One sign of the uneven recovery: JPMorgan made a record number of auto loans in the third quarter, as borrowers took advantage of low interest rates to finance big purchases. Mortgage fees rose, too.

A pre-markets primer packed with news, trends and ideas. Plus, up-to-the-minute market data.

Yet customers are still spending less on their credit cards than a year ago, with total spending volume down 8% at JPMorgan and 10% at Citigroup. (Both have risen nearly 20% from the second quarter.)

So far, loans have remained relatively healthy for the banks. JPMorgan wrote off $1.18 billion in loans and Citigroup wrote off $1.92 billion, both down from the second quarter.

For instance, credit-card loans, the area both banks say is most susceptible to the pandemic, are performing better than a year ago, with only 0.69% of JPMorgan’s loans and 1.01% of Citigroup’s 90 days late. JPMorgan, Citigroup and others have temporarily let customers skip payments on credit cards and other debt, but both banks have said the majority of their card customers are out of those programs and paying on time.

Bank executives said, though, that they expect more consumers to fall behind on loans next year. It wasn’t clear, they said, if the government stimulus measures so far had rescued the economy or merely delayed a sharper fallout.

“The question [is] whether the bridge will be long enough and strong enough to bridge people back to employment and bridge small businesses back to normalcy,” JPMorgan Chief Financial Officer Jennifer Piepszak said. “I think it remains to be seen.”

Profits were boosted by the slowing reserve builds. JPMorgan set aside $611 million for potential future loan losses, far less than expected and the $10.47 billion it booked in the second quarter. Citigroup set aside $2.26 billion, down from more than $7 billion in each of the past two quarters. Both banks were able to release some of their previous reserves.

At both banks, the Wall Street operations fared better than the consumer units. That follows a pattern that has shaped the banking industry throughout the recession. Consumers have struggled. But traders have benefited from uncertain markets and investment bankers have profited as nervous companies raise cash and sell stocks and bonds to ride out the downturn.

Trading revenue jumped 30% at JPMorgan and 17% at Citigroup. 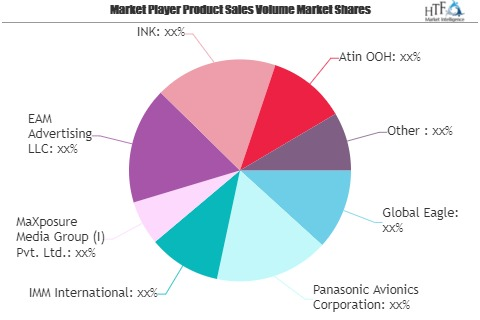