Former Vice President Joe Biden’s campaign raised more than $21.5 million on September 30 following the first presidential debate with President Donald Trump. This is the single best fundraising day for the campaign so far.

Biden has outpaced the Trump campaign in crucial fundraising, enabling his campaign to spend more on TV advertising at a time when the president’s campaign was pulling back. Wednesday’s numbers follow similar success the previous day.

The Democrat’s campaign raised $3.8 million between 10pm and 11pm on Tuesday night. Biden and Trump were on stage debating at the time and the donations continued to flow after the event.

Of these, 60,000 were new donors to the Biden campaign, while almost 100,000 people signed up to volunteer for Biden during the debate. Eighty-five percent of contributions raised during the 10pm hour were by SMS text message.

September 30 is also on track to be ActBlue’s second best fundraising day ever. ActBlue is a digital fundraising platform used by many Democratic candidates and political committees.

ActBlue’s biggest one-day haul came following the death of Supreme Court Justice Ruth Bader Ginsburg. The fundraising platform broke several of its own records as donations poured in, at one point raising $6.3 million in one hour.

Ginsburg died on Friday, September 18. By the Monday following her death, ActBlue had received more than $160 million. Much of this will go to Senate Democrats, who will lead the opposition to Trump’s Supreme Court nominee, Amy Coney Barrett.

The Biden campaign raised a record-breaking $365 million in August, beating the Trump campaign by $154 million. This allowed the campaign to outspend Trump 3-to-1 on TV advertising.

Last spring, the president’s campaign was far ahead of Biden on fundraising but small-money donors have given the Democrat a major boost. The Trump campaign has not yet released its fundraising numbers from debate night.

The Trump campaign has been accused of blowing through a $1 billion lead with frivolous spending. However, neither campaign has released September fundraising totals yet.

Fri Oct 9 , 2020
By William Schomberg, Andy Bruce LONDON (Reuters) – Britain’s economy struggled to grow in August, setting back its recovery from the coronavirus lockdown, and finance minister Rishi Sunak was due to announce more help to slow a rise in jobs losses as a second wave of COVID-19 infections hits. Gross […] 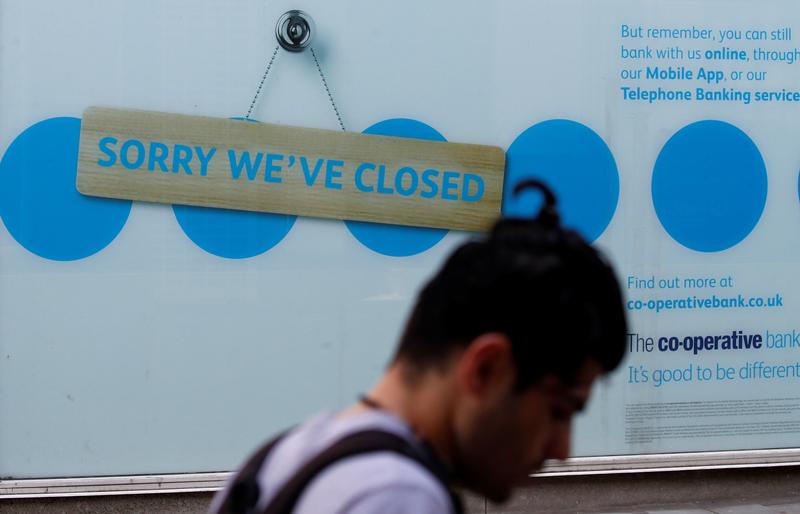