(Bloomberg) — Colombia said it may tap its flexible credit line with the International Monetary Fund for $5.3 billion to help finance its response to the coronavirus pandemic. The nation’s bonds rallied. The country would be the first ever to draw on this type of credit line, known as an […]

(Bloomberg) — Colombia said it may tap its flexible credit line with the International Monetary Fund for $5.3 billion to help finance its response to the coronavirus pandemic. The nation’s bonds rallied.

The country would be the first ever to draw on this type of credit line, known as an FCL, central bank Governor Juan Jose Echavarria said Friday.

The IMF also increased the total amount available to Colombia under its FCL to $17.2 billion from $10.8 billion, the fund said in a statement.

As the accelerating pandemic caused markets to crash in the first quarter, Chile and Peru joined Mexico and Colombia as the only nations in the world with FCLs. Between them, the four countries have access to about $110 billion in pre-approved credit from the IMF.


Colombia hasn’t yet made a formal request for the money, and none of the other three countries have requested funds, IMF Western Hemisphere Director Alejandro Werner said in a press conference.

Colombia’s dollar bonds rallied after the announcement, sending the yield on debt due 2031 down 4 basis points to 2.95%.

Expectations the government will sell more dollars in the local market to convert into pesos will likely lead the peso to strengthen as well, Ana Vera, an analyst at Corficolombiana, said in a message.

The flexible credit line was created in 2009 to encourage countries to ask for assistance before they faced a full-blown crisis. If Colombia taps the FCL, it will need to repay the money over five years, Echavarria said.

“The flexible credit line is a financially favorable option and complements the existing financing sources to support the policy response to the pandemic and its effects on the economy,” the bank said.

Finance Minister Alberto Carrasquilla said the funds would be cheaper than tapping the bond market.

In its statement, the IMF said that Colombia’s increased access to financing will help manage heightened external risks, and reduce external vulnerabilities, among other benefits.

“The FCL was created for extraordinary times as the year 2020 has been,” Armando Armenta, emerging market economist at AllianceBernstein said in a message. “Even though Colombia is not near to facing a balance of payments crisis, access to a cheap and liquid external financing source should be a positive.”

he IMF forecasts the economy will contract 8.2% this year in the deepest slump in its history, and recover to 4% in 2021.

For more articles like this, please visit us at bloomberg.com

Sat Sep 26 , 2020
Brendan McDermid/Reuters Stocks fell on Monday lower amid fears of a COVID-19 resurgence and the publication of an investigative report on large banks. Major indexes pared losses in late trading. The Dow Jones industrial average slid 510 points after plummeting as much as 942 points earlier in the session. Healthcare […] 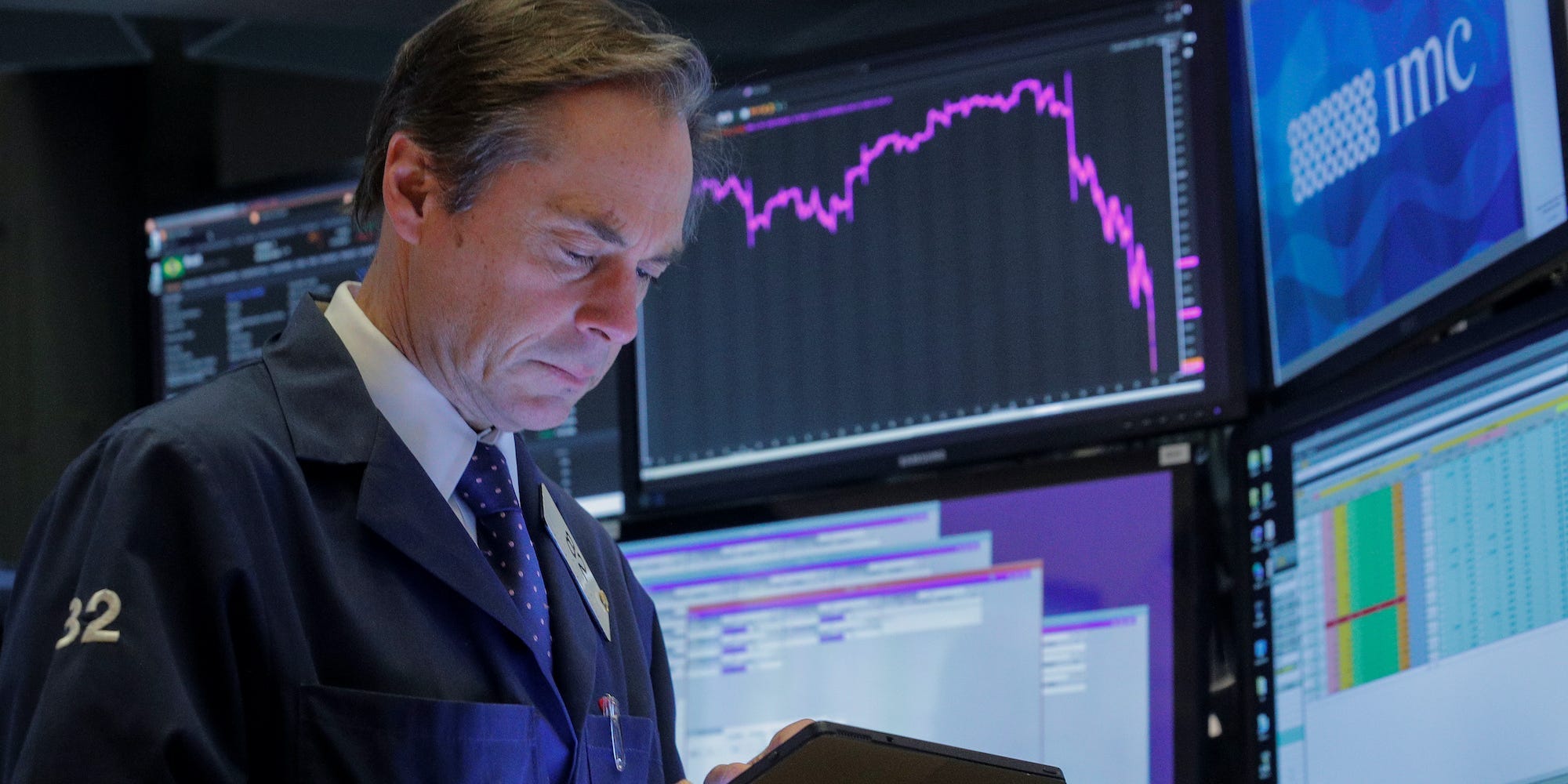