Burger King made a whopper of a move by sponsoring perennial League Two cellar-dweller Stevenage. The decision was based on an online marketing ploy launched with EA Sports’ “FIFA” franchise, the fast-food chain revealed Wednesday.

“You haven’t heard of Stevenage Football Club, right? Well, neither had we but we realized that even though they’re at the bottom of England’s fourth division, they were going to be appear in the same video game that all the expensive players were going to be in. And that’s when, almost two years ago, we decided to sponsor Stevenage,” a Burger King spokesperson said, as reported by Goal.

The decision to sponsor an unknown football team was the perfect opportunity for the fast-food chain to capitalize on interactive online challenges. Given that the club was featured in all versions of “FIFA,” players could “have it their way” by using Stevenage in their career modes and signing top stars to their team.

“Because if we put our logo on their real shirt we would definitely have our logo in the game. Introducing The Stevenage Challenge,” the spokesperson continued.

Players who would participate in the challenge were given incentives by Burger King to encourage more engagement from the gaming community.

“Gamers around the world immediately started Stevenage. Signing the best players to our team and playing with them. For every goal they shared on Twitter we gave them rewards,” the representative added.

Fans can check the latest look of Stevenage through the early access release of “FIFA 21” scheduled for release on Oct 1, 2020.

“The news took the gaming community by storm. Just like that our small team in real life turned into the biggest team online,” the spokesperson pointed out.

According to Burger King, Stevenage’s jerseys sold out for the first time in their history due to the marketing plan.

While merchandise sales and the popularity of the club are at an all-time high, their previous League Two campaign saw them fall to the bottom of the team standings. They were ranked 24th across the entire league with only three wins, 13 draws and 20 losses. However, Stevenson is off to a good start this season with one win and a draw. 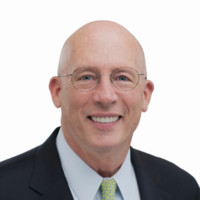