The family of Breonna Taylor said the fact that two of the officers who shot her were not charged at all in connection with her death “falls far short of what constitutes justice.” Taylor, a 26-year-old Black woman who served as an emergency medical worker, died on March 13 after […]

The family of Breonna Taylor said the fact that two of the officers who shot her were not charged at all in connection with her death “falls far short of what constitutes justice.”

Taylor, a 26-year-old Black woman who served as an emergency medical worker, died on March 13 after three Louisville police officers entered her apartment on a no-knock warrant as part of a narcotics investigation involving her ex-boyfriend; no drugs were found inside. They used a battering ram to enter, and Taylor’s boyfriend, Kenneth Walker, said he thought the officers were intruders and used his licensed handgun to shoot at them. The officers returned fire, and Taylor was shot multiple times by the officers.

Taylor’s death sparked outrage across the country. On Wednesday, a grand jury indicted one officer, former detective Brett Hankison, on three counts of first-degree wanton endangerment for shooting into the apartment next to Taylor’s, but none of the officers were charged in Taylor’s death.

Civil rights attorney Ben Crump, representing Taylor’s family, said in a statement the lack of charges is “outrageous and offensive to Breonna’s memory,” but this does not “define this movement or this moment in our history. The grand jury may have denied Breonna justice, but this decision cannot take away her legacy as a loving, vibrant young Black woman who served on the front lines in the midst of a devastating pandemic.”

Crump said the no-knock warrant was illegally obtained due to perjury, and the officers entered the apartment without announcing their presence, according to Walker and several of Taylor’s neighbors. He also said more than 30 gunshots were fired, and many were “aimed at Breonna while she was on the ground.” For the sake of all Americans, Crump asked law enforcement agencies to “take a long, hard look in the mirror. Is this who you are? Is this the example you want to set for the rest of the world and for future generations?”

The Justice Department is still investigating the shooting, and Crump said he still hopes “we will finally get the justice for Breonna that the grand jury refused her today.”

More stories from theweek.com
America needs to hear the bad news first
A mild defense of Republican hypocrisy on the Supreme Court
Trump is the only one being honest about the Supreme Court fight

Lawrence Yule: Advertising billboards 'not in breach' of code

Fri Sep 25 , 2020
Tukituki MP Lawrence Yule says advertisements claiming he has secured funding for millions of dollars worth of infrastructure for Hawke’s Bay are “not in breach” of the Advertising Standards Code. The Advertising Standards Authority (ASA) received two complaints relating to billboards dotted around Hastings that feature a picture of Yule […] 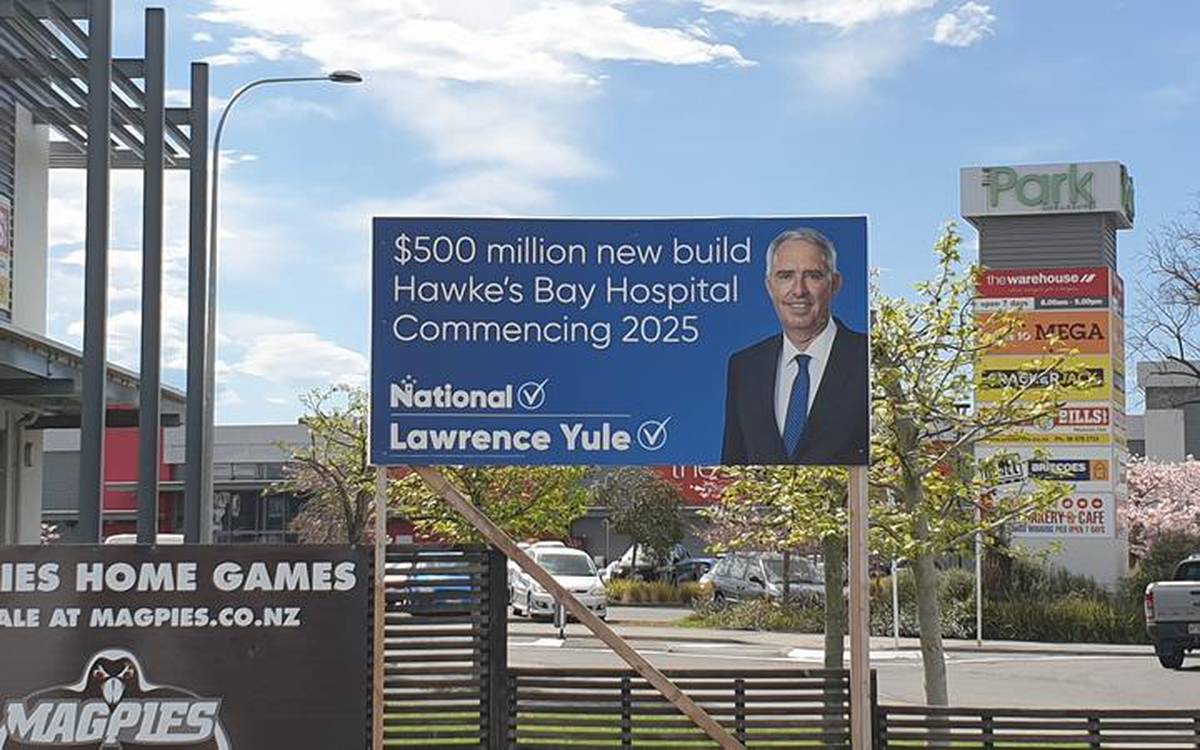