A version of this article first appeared in the “Reliable Sources” newsletter. You can sign up for free right here. © Bloomberg/Bloomberg/Bloomberg via Getty Images U.S. President Donald Trump listens during a news conference in the James S. Brady Press Briefing Room at the White House in Washington, D.C., U.S., […]

A version of this article first appeared in the “Reliable Sources” newsletter. You can sign up for free right here.

© Bloomberg/Bloomberg/Bloomberg via Getty Images
U.S. President Donald Trump listens during a news conference in the James S. Brady Press Briefing Room at the White House in Washington, D.C., U.S., on Wednesday, Sept. 23, 2020. Senate Republicans are developing plans to begin confirmation hearings around Oct. 12 for Trump’s pick to replace the late Justice Ruth Bader Ginsburg on the Supreme Court, setting up a bitter partisan fight over the nomination before the November election. Photographer: Yuri Gripas/Abaca/Bloomberg via Getty Images


It’s been clear for years that tech platforms needed to get their houses in order ahead of the 2020 election. They’ve had ample time to plan for and implement solutions to curtail the spread of junk news, conspiracy theories, lies, and misleading information on their platforms. And yet, despite promise after promise about how serious they are committed to addressing these problems, it’s hard to describe the measures taken by these companies as anything more than baby steps. Yes, a tiny label applied hours after the President of the United States posts information lying about the election process is better than nothing — but it’s hard to think it’s the best platforms can do.

Every single day we see disinformation and misinformation continue to flourish on platforms like Facebook, Instagram, Twitter, and YouTube. Platforms have certainly gotten better at preventing foreign interference — and sure, they deserve credit for that. But these companies still appear largely unprepared for how to address the bad info that courses through their platforms via domestic actors. Little information labels don’t cut it. And with a major election just weeks away, and as Trump and his allies peddle outright lies, it is both disconcerting and alarming that, years later, we are still in a position where millions of people are poisoned with garbage information each day.

>> “Facebook has allowed political advertisers to target hundreds of misleading ads about Joe Biden and the US Postal Service to swing-state voters … in an apparent failure to enforce its own platform rules less than two months before Election Day,” Brian Fung reported, noting that the ads had “collectively been viewed more than 10 million times and some of the ads remain active on the service.”

>> “Donald Trump Jr. is touting baseless election-rigging claims in videos posted to Facebook and Twitter asking ‘able-bodied’ people to join an election security ‘army’ for his father,” Donie O’Sullivan and Daniel Dale reported. “Facebook and Twitter affixed labels to the video pointing to accurate information about voting, but neither company said the video violated its election integrity rules in a way that would result in it being removed. Twitter labeled the video only after being asked about it by CNN on Wednesday. The video had been on its site since Monday.”

>> Daniel Dale also reported that Eric Trump “tweeted a video on Wednesday that falsely claimed to show Joe Biden being ‘caught-red handed using a teleprompter’ in an interview with Telemundo anchor José Díaz-Balart.” The problem? It wasn’t true. Telemundo called the claim “absolutely false.” And yet, the video was retweeted by Trump, amassing hundreds of thousands of views. Twitter, however, did not apply a “manipulated media” label to the video, despite it containing a false caption…

It’s happening in front of us

Brian Stelter writes: “Every day, President Trump continues to chip, chip, chip away at the integrity of the U.S. election. He keeps saying that the only way he will lose the election is if Democrats steal it from him. On Wednesday, Brian Karem asked him if he would commit to a ‘peaceful transfer of power’ and he said ‘we’ll have to see.’ He is sending powerful signals to his base every time he makes these un-democratic comments. If the Murdochs support the democratic process, now would be a good time to say so.”

>> How Chris Hayes opened his show: “The President of the United States is threatening violence to stay in power…”

>> Related: The Atlantic’s Barton Gellman published a chilling story about how “if the vote is close,” Trump could “easily throw the election into chaos and subvert the result….”

It’s going to get worse

I hate to be the messenger of bad news, but I think that we all know that things are will get worse in the coming weeks — and it is the responsibility of the tech giants to make sure that they are prepared. “The president is now openly telling us he won’t accept losing the election. This isn’t a problem platforms can solve,” Casey Newton tweeted. “But it is one they need to have a plan for.”

>> Facebook said Wednesday that it will reject political ads “that claim victory before the results of the 2020 election have been declared.” But who needs ads when you have hyper-partisan websites — based in the United States — willing to soften the ground for Trump on that front anyway?

It can be difficult for news orgs to report on all the disinfo promoted by Trump and his allies. And that’s a “media vulnerability” that allows Trump to flood the zone, Matt Gertz argued in a piece Wednesday: “The newshole is finite. There are only so many column inches in a newspaper, so many news segments in a broadcast, and so many journalists available to report out stories.” Gertz noted that Trump’s irresponsible actions and grotesque attacks often generate major news coverage the first time they occur.

Gertz cited the first time Trump held a rally during the pandemic, the first time he celebrated violence against a journalist, and the first time he made a bigoted attack against Rep. Ilhan Omar. “But now the zone has been flooded,” Gertz wrote. “Scan the front pages of major news websites … and you’ll have to search hard to find mention of any of this.” Gertz concluded, “Trump and his allies have overwhelmed the system. There’s just too much s**t.” 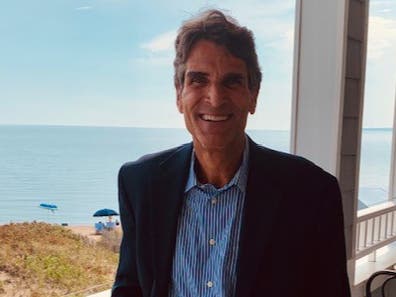