The fallout from the COVID-19 pandemic has had a significant impact on the Indian economy. The latest figures from the Union Ministry of Statistics and Programme Implementation (MoSPI) showed that the Indian economy contracted by 23.9% in the April–June quarter. The breakdown of the GDP data outlined that the construction sector was the hardest hit (50.3%) followed by the trade, hotels and transport segment (47%) and manufacturing (39.3%). Based on a recent report by the McKinsey Global Institute (MGI), the coronavirus-led contraction of the economy combined with modest growth in the preceding years have put India’s economy at a “decisive point” in its journey towards prosperity. The report highlighted that India would require crucial structural reforms over the next 12 to 18 months and identified opportunities in manufacturing, urbanisation and sustainability to achieve the employment and productivity growth needed in the country. One key initiative that would help drive these opportunities together is the adoption of electric vehicles in India. The Indian government has already set a target of 30% electric vehicle penetration by 2030 with incentives to make in-country manufacturing of the components economically viable.

However, despite these measures, Bloomberg’s Electric Vehicle Outlook 2020 report shows that India’s growth in passenger vehicle sales has lagged behind other countries and remains below the global average. The launch of the second phase of the Faster Adoption and Manufacturing of Hybrid and Electric Vehicles (FAME 2) programme has provided policy stability, but state-level programmes will be needed to make the central government’s plan achievable. For these reasons, the announcement of Delhi’s Electric Vehicle Plan is timely and much needed. With Delhi’s Electric Vehicle Plan, the government aims to register 500,000 new vehicles by 2024 and will provide financial incentives on top of the central government’s existing income tax rebates for purchasing electric vehicles. For Delhi, a city that continues to grapple with the coronavirus outbreak as well as pollution, the implementation of the Electric Vehicle Plan is critical in regenerating sustainable growth and tackling pollution. However, given the changing dynamics of the global economy and uncertainties surrounding the COVID-19 pandemic, the government of Delhi will need to build upon existing policies and incorporate three innovative solutions that help install charging infrastructure, develop smart grids and scale the production of electric vehicles. The additional measures are essential because by leveraging innovative solutions, Delhi will be able to spur growth in the retail sector and integrate more renewables into the grid to decarbonise the power sector.

In the past few months, Delhi, India’s capital, has become the country’s biggest coronavirus hotspot. The BBC reported that insufficient testing and poor bureaucratic coordination have led to a surge in numbers. As the economic figures indicate, the impact on businesses has been challenging, with many struggling to survive due to reduced revenue and ongoing operating costs. For retail and shopping malls, the lockdown restrictions and surge in the coronavirus have resulted in only 5 to 10% of regular business taking place in Delhi’s markets. Given the vital role these retailers play in Delhi’s economy, the recovery of this sector could be supported through the newly developed electric vehicle plan. In Delhi’s Electric Vehicle Plan, the government aims to set up 200 charging stations per year so that there will be a charging station within every 3 km by 2024. An effective way to drive this initiative forward and support retail businesses would be for the government to incentivise shopping malls and retail outlets to adapt their business models and set up electric vehicle charging stations in their parking lots that can autonomously operate from the main electric grid. The concept would be beneficial for consumers, government and businesses because many homes and office locations would not be able to set up reliable charging facilities given the large amount of energy required from the grid and Delhi’s power outages. Furthermore, since the land for shopping mall parking has already been allocated, the charging stations would be built on acquired land, which would streamline project processes for developers. By incentivising the charging infrastructure to be stationed at shopping malls and retail outlets, these locations would become charging centres and create a dynamic experience for consumers and delivery service providers.

The construction of electric vehicle charging stations at shopping centres is not new; and such projects are being built along major transportation corridors in the United States, Canada and Indonesia. In California, ChargeNet’s CEO, Tosh Dutt, has been developing charging stations at shopping centres and powering them with renewable energy. In relation to Delhi’s aim to set up charging stations, Mr Dutt said in an interview that “the concept is a win-win because developing fast-charging at shopping centres would not only revive the retail industry but also create a pandemic-proof experience that leverages existing infrastructure to help consumers recharge their electric vehicles”. He highlighted that property owners of shopping malls and retail outlets would also stand to benefit from such projects because by investing in the charging infrastructure, the “tenants would be able to transact with consumers on the EV charger kiosk for a network fee and capture revenue from selling ad space on the displays”. By doing so, the property owners would be able to add additional revenue streams alongside the rent from retail stores in the shopping malls.

The Delhi government has also created a subsidy-rebate system to incentivise delivery service providers (DSPs) to purchase electric vehicles and scrap older diesel fleets. For DSPs to transition their fleets to electric vehicles, the availability of reliable charging stations is critical to operational efficiency and the company’s revenue from timely deliveries. The construction of charging stations at shopping malls would allow DSPs to locate reliable charging points within the city and plan their daily operations. From a business perspective, Aditi Sinha, Co-Founder of Locale.ai, highlighted in an interview that having “insights on charging locations would help DSPs make practical business decisions on their next fleet purchase and also allow the fleets to optimise deliveries and charging”. For property owners of shopping malls, this would provide additional options to partner with DSPs to incentivise charging in their stations, which would further drive traffic and customers to the retail stores.

2) Invest in smart grids to optimise charging from renewables

In a recent report, the International Energy Agency (IEA) highlighted that electric vehicles increase electricity demand but help to reduce greenhouse gas emissions and fossil fuel consumption. The report pointed out that lowering the CO2 intensity of power generation will be necessary to ensure that higher electric vehicle deployment is coupled with more rapid decarbonisation of electricity generation to meet the Paris Agreement goals. According to Bloomberg, India’s power demand is expected to grow by 80% in the next ten years, with the share of demand from electric vehicles expected to be less than 0.5% by 2030. For India to meet rising power demand in the most sustainable way to decarbonise the transportation sector, the government will need to scale investment in grid infrastructure to allow DISCOMs to operate the power system with higher shares of intermittent generation coming from renewable energy. As India looks to attain 30% market penetration of electric vehicles by 2030, the Brookings Institute estimates that the demand for electricity to power EVs will vary between 37 and 97 TWh at 33 to 100% EV sales penetration. Therefore, Delhi, which aims to register 500,000 new vehicles by 2024, will require the local energy operators and DISCOMS to plan for an increase in electricity demand and seek ways to integrate more renewables into the power system.

As part of Delhi’s Electric Vehicle Plan, the government is encouraging the use of low-cost and renewable sources of power by providing energy operators with favourable electricity tariffs and power banking facilities with the DISCOMs operating in Delhi over a period of one year. These provisions bode well and complement the concept of decentralised charging stations at shopping malls because the charging facilities would then be able to optimise price points for consumers by evaluating whether the power generated at the charging station or the grid rates would be best for charging at that time. To optimise price points, Mr Dutt said that “charging stations would need to use cloud-based optimisation platforms to devise the lowest operational cost and charge electric vehicles at the most affordable price possible”. He highlighted that intelligent software technology, such as the one being developed by ChargeNet, would be able to further enhance the efficiency of the decentralised charging stations by “selling excess energy back to the grid through net metering and participating in ancillary programmes like demand response”. As a result, Delhi’s DISCOMs would be able to incorporate more renewables into the grid and provision more clean energy for charging electric vehicles in other parts of the city.

The use of renewables to charge electric vehicles is an important component of Delhi’s plan, but given the technical complexity of optimising when to buy and sell energy from the grid, when to arbitrage it and when to store it for resiliency; will require investment in smart grid infrastructure. Suvranil Majumdar, Electric Vehicle Lead at World Bank and Advisor to Urban Radar and Welectric, said in an interview that “Delhi’s government should look to add support for charging service operators by intelligently supplying renewable energy on a preferential basis with minimal connection costs”. He added that “additional investments into technical software solutions will help them to optimise power generated at the charging station and transfer it to the grid system.” By doing so, Delhi’s government would be able to support broader decarbonisation of the power grid alongside the electrification of the transport sector.

3) Collaborate with the central government to lower import duty

In February 2020, IQAir published a new report on global air quality data that showed New Delhi to be the world’s most polluted capital city for the second straight year (2018 and 2019). In Delhi, vehicular pollution coupled with road dust resuspension is a key driver behind the high pollution levels. As a way to bring down emissions and air pollutants from the transport sector, the central and Delhi governments have looked towards electric vehicles. But for mainstream electric vehicle adoption in light of the COVID-19 situation, both the central and Delhi governments need to collaborate further and align their policies to make electric vehicles more affordable and quicker to charge while having an extended battery range for consumers. At the moment, both the central and Delhi governments have provided positive incentives for purchasing and manufacturing electric vehicles in India. However, given the necessity to bring the product to market and set up charging infrastructure, the authorities should consider lowering import/export taxes on EVs and charging infrastructure.

At the moment, the Indian government’s FAME 2 policy incentivises the local production of electric vehicles and places customs duty on the import of electric vehicles into India. According to Eeshan Chaturvedi, Founder/Director at EnviPol and Assistant Dean at O.P. Jindal Global University, the “relaxation of the requirements under FAME 2 combined with negative incentives associated with non-EV vehicles could be beneficial in lowering prices for consumers and allowing the necessary equipment manufactured outside India to enter the market”. He pointed out that these policy adjustments would allow for “more product choices and enable the consumer base to make the switch to electric vehicles based on long-term considerations while also promoting technology exchange in the electric vehicle sector”. 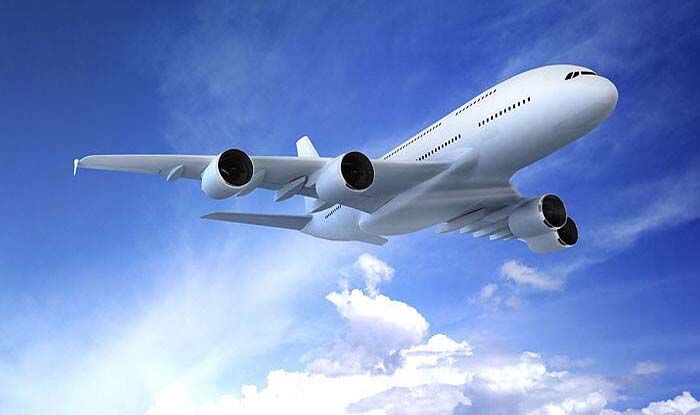